This page features Replays from our February and March 2016. To watch the Replays of Past EntreprenHer™ Shows click on the links below.  Scroll down to see our upcoming schedule.

Check back often as we add shows weekly.

September and October 2015 shows can be found here: September/October

Here is the list of our February and March guests: 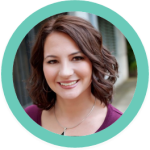 You can also view our upcoming and archived shows online on our podcast channel The EntreprenHer™ Show–www.TheEntreprenHerShow.com